In this final stage the pain control by bone disease or side effects to the treatment tends to be a very important point in clinical practice. Radiation therapy may be effective to relieve pain of soft tissue or skeletal injuries. Vertebral augmentation and bisphosphonates may be beneficial. Often, to relieve bone pain is needed while opioids action that is necessary to avoid the non-steroidal anti inflammatory because they are potentially nephrotoxic.

Pain neuropathic can help blocking agents calcium (Gabapentin) channel or serotonin reuptake inhibitors noradrenaline (amitriptyline). It is important to work early together with a multidisciplinary team, for the control of symptoms and psychosocial support. Myeloma in the end cap is associated with increased risk of venous thromboembolism, which in turn increases immunomodulatory agents, in particular when combined with corticosteroids or cytotoxic agents.

Anemia can be treated with blood transfusions or erythropoietin-stimulating agents. Of the BCSH guidelines suggest to indicate such agents when hemoglobin is < 100 g/l.

Myeloma and their treatments decrease immunity and 10% of patients die, generally by infection, within 60 days. As preventive measures, the patient education and access to hematological assessment 24 hours are very important. 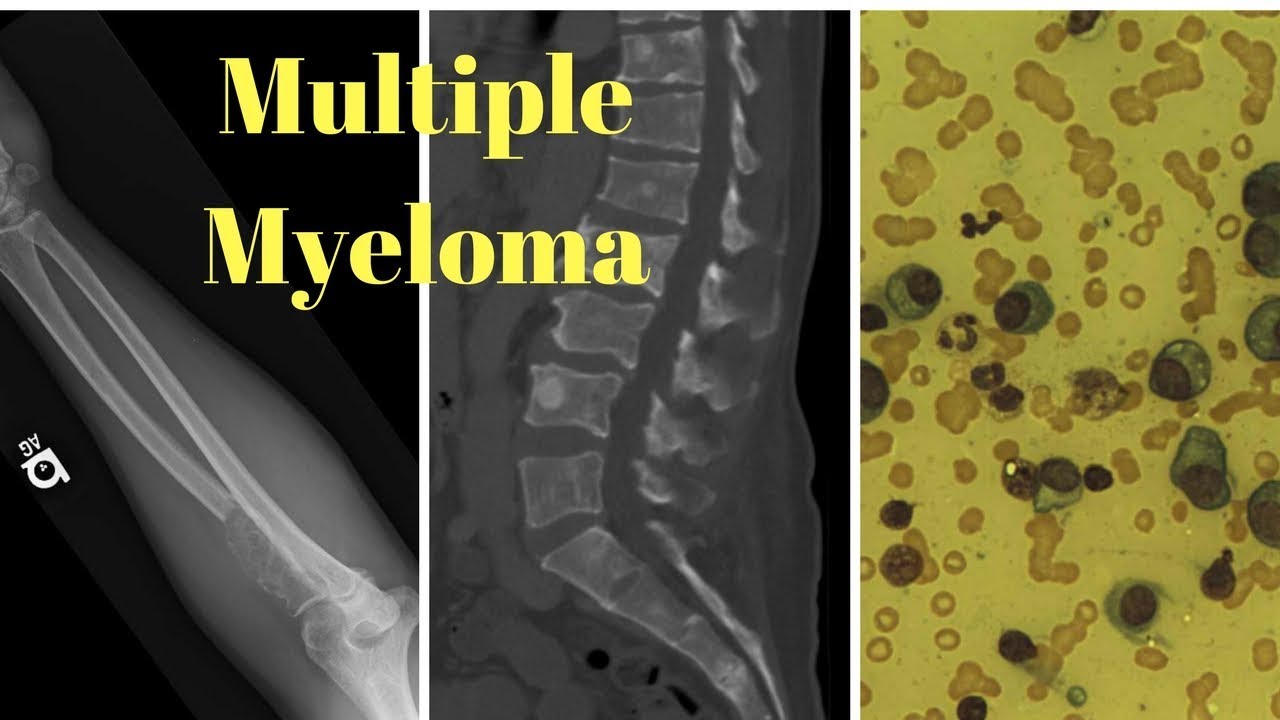 In this final stage will have already experienced several relapses and relapse treatment depends on previous treatment, the duration of remission, and the persistence of the toxicity and Comorbidities.

In general, again using the previous treatment, but only if it has given rise to a prolonged progression-free survival (≥12 months). The basis of the treatment of relapse are the modern agents combined with corticosteroids and sometimes with an alkylating agent.

In general, the first relapse is treated with a regimen of bortezomib while lenalidomide is used for a subsequent relapse. The prognosis for patients who do not respond to immunomodulatory agents and bortezomib is bad, with a median overall survival of 9 months.

This underscores the importance that these patients participate in clinical trials in order to allow them access to new treatments and the evaluation of its effectiveness.

Staged classification (stage) is the process of finding out how far the cancer has progressed, which is important for determining treatment options and prognosis. The prognosis is a prediction of the course of the disease, the expectation of survival. Knowing everything you can about staged classification allows you to participate more actively in information-based decision-making regarding your treatment.

Determination of the stage in which a multiple myeloma is found can be performed with the Durie-Salmon stage classification system. Although some doctors use this system, its value is limited, due to newer diagnostic methods. A new classification system called the International Staging System for Multiple Myeloma was recently created. It is mainly based on albumin and beta-2 microglobulin levels in the blood. Other factors that may be important are renal function, platelet count, and patient age.

This system is based on four factors:

The number of myeloma cells is relatively small. All of the following features must be present:

A moderate number of myeloma cells are present. Features are between stages I and III.

The number of myeloma cells is high. One or more of the following features must be present:

This system divides myeloma into three stages based only on serum microglobulin beta-2 levels and serum albumin levels.

Neither stage I or III, which means:

Factors other than the stage that affect survival